Medicare Advantage Health Plans Overbill Taxpayers By Billions Annually, Audits Show : Shots - Health News : NPR: The federal government wants to deploy several new tools for catching insurers that have overcharged Medicare $30 billion in last three years alone. But the insurance industry is balking.
Recently the for-profit insurance companies went on a spending spree for advertising and political campaign and lobbying purposes to sell the idea of Medicare Advantage. This article shows why. When I went on Medicare I asked my insurance agent about Medicare Advantage vs a plain Medicare Supplement. She advised me that the Supplement would give me more freedom of choice and control of my own health care. I have long been thankful for that advice, now even more. I did not like it when my family's access to health care was determined by what job I took and I did not like the control over what vendors I could see even when I had that insurance. Americans should be able to go for medical care when they need it to the vendor of their choice and it should be available as a universal right and not excluded to those considered by some to be undeserving. And, having a for-profit third party between me and my doctor is wrong and a terrible waste of our money. Insurance companies DO NOT provide health care. They make money by restricting it. 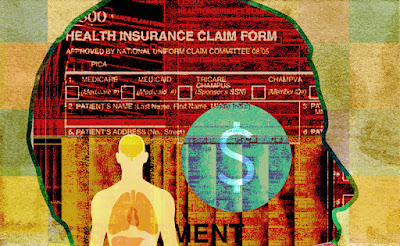