Medicare for All's Surprising Origins in Health Care | Time: Health-care reformers have settled on "Medicare for All" as the slogan for a number of different programs to expand health insurance.

“While Medicare was helpful to many patients who used it, critics said that
it didn’t cover all medical expenses, its payment policies were
overly complex and it still relied too much on private industry.”…
“However accurate single-payer might have been, it did not really catch on
outside health policy and activist circles. “It’s like trying to
sell a house by describing its plumbing,””…
“The new millennium brought a Republican administration and a resistance
to pursuing big health care changes. When President George W. Bush
created Medicare Part D, the legislation did not allow the federal
government to negotiate drug prices, leaving progressives feeling
frustrated and powerless against the growing power of the
pharmaceutical industry. Despite this, the rest of Medicare had substantially improved since its early days. Reforms to the program had brought down spending, and it now
had low administrative costs plus a demonstrated ability to control
prices, often giving it an advantage over private coverage. That made
it popular not only with recipients but also among lawmakers.”...
“...they signaled a coming change in strategy from the technical language of
single-payer to the aspirational message of expanding on Medicare to
create an even better system.”…
“...the advocates have said if you can’t get significant Republican
support or any Republican support, why don’t we do something we
really want to, like expanding Medicaid and Medicare?”…
“It’s not like people can come in and say let’s just do incremental
reform. We did try that,” ... “It’s not just that it didn’t
completely work, but it was so vulnerable to attack. The only way to
prevent that is to have full-scale comprehensive reform.” 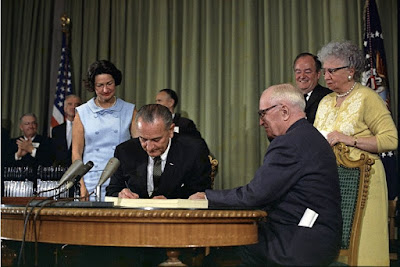 Happening way too much all over the country. And, you know who is paying for it....each and every one of us. We pay more for medical care because these for-profit companies pay so much to lobby, into campaigns and to advertise their interests as well as to generate profit and pay huge exec salaries.
Posted by Craig at 6:33 AM No comments: 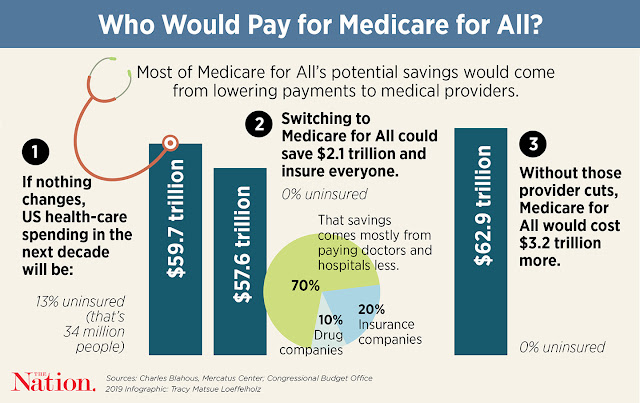 Democrats Yet To Successfully Explain Medicare For All

Democrats Yet To Successfully Explain Medicare For All: Americans are unaware how single payer Medicare for All could impact them, Kaiser Family Foundation policy experts say. 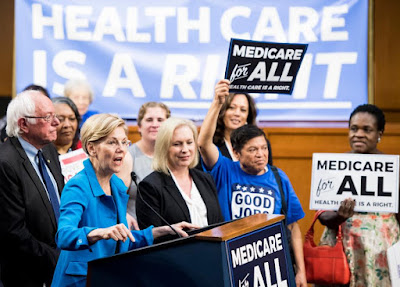 Marshfield Clinic, Gundersen merger might change Wisconsin health care: Consolidations of major health systems usually lead to higher costs for patients. Could this potential merger be different?
"Yet studies indicate that mergers overall lead to higher costs, as health systems gain more leverage in negotiating contracts with health insurers..."
" Prices often rise when close competitors merge..."
"A large body of academic research indicates consolidated health systems can raise prices more easily because they have more leverage in negotiation with health insurers. That's because it's harder for a health plan to not include a larger health system in its network. The result: higher premiums for consumers and employers.
Rural areas in particular are vulnerable because there are often few, if any, alternatives for health care for patients." 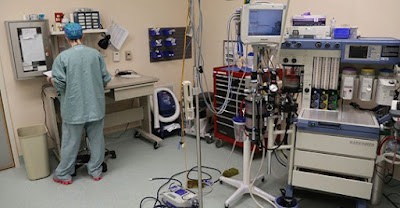 Doctors To Test AMA’s Opposition To Medicare For All

Doctors To Test AMA’s Opposition To Medicare For All: The American Medical Association will weigh whether to support single payer "Medicare for All" as part of its annual policy-setting House of Delegates meeting June 8-12 in Chicago. 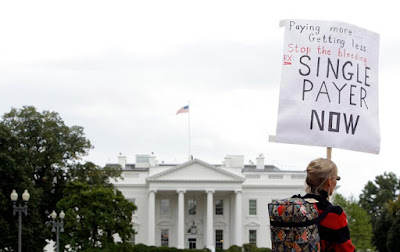 'Medicare for All's' rich benefits 'leapfrog' other nations: WASHINGTON (AP) — Generous benefits. No copays. No need for private policies. The "Medicare for All" plan advocated by leading 2020 Democrats appears more lavish than what's offered in other... 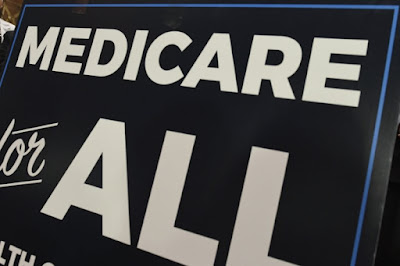 Democrats grapple with fully embracing Medicare for All

Democrats grapple with fully embracing Medicare for All: MASON CITY, Iowa (AP) — A half-dozen presidential candidates back "Medicare for All," a proposal that would put the government in charge of most health benefits. But some of the Democrats they're...
Posted by Craig at 5:42 AM No comments:

The campaign to destroy Medicare-for-all has already begun - The Washington Post
Posted by Craig at 6:59 AM No comments:

Health Care in the US Should Be Affordable and Accessible

Health Care in the US Should Be Affordable and Accessible: America’s broken health-care system extorts its patients just so they can access a basic human right.
Posted by Craig at 7:26 AM No comments:

Washington to offer first 'public option' insurance in US - ABC News: Get breaking national and world news, broadcast video coverage, and exclusive interviews. Find the top news online at ABC news.
Posted by Craig at 6:25 AM No comments:

RAND Study: Hospitals Charging The Privately Insured 2.4 Times What They Charge Medicare Patients: For generations, the prices that hospitals charge patients with private insurance have been shrouded in secrecy. An explosive new study has unlocked some of those secrets. 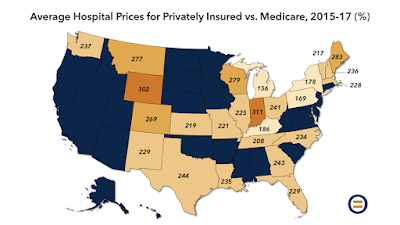 Medicare for All Resolutions

I Used to Be a Propagandist for Insurance Companies. Learn the Four Truths the Insurance Industry Doesn’t Want Americans to See | Tarbell

I Used to Be a Propagandist for Insurance Companies. Learn the Four Truths the Insurance Industry Doesn’t Want Americans to See | Tarbell: Propagandists are trying to force Congress and voters to make fear-based choices about health care. 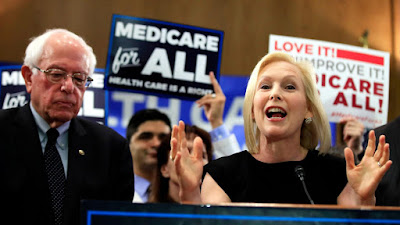 Catherine Rampell: Health-care act faces another assault | Columnists | lacrossetribune.com: The worst thing that Attorney General William P. Barr did last week arguably had nothing to do with possible contempt of Congress or the Mueller report.
Posted by Craig at 5:23 AM No comments:

Medicare-for-all: Ady Barkan testimony was big moment at House hearing - Vox: "I needed Medicare-for-all yesterday. Millions of people need it today. The time to pass this law is now," said one activist.
Posted by Craig at 6:06 AM No comments: