How to choose a Medicare plan: Is no monthly premium really better?

Privatization of Medicare and Medicaid is costing us in money and in access.

Do Democrats Have A Health Care Plan?

Help us improve the Medicare-for-All bills in the House and Senate
Posted by Craig at 9:09 AM No comments:

Trump administration's plea to health care industry surprises experts - StarTribune.com: It has asked for recommendations to relax rules that prohibit kickbacks and other payments intended to influence care for people on Medicare or Medicaid.
Posted by Craig at 6:47 AM No comments:

When Hospitals Merge to Save Money, Patients Often Pay More - The New York Times: Rapid consolidation has created powerful groups of hospitals, with organizations dictating prices and fueling health spending in some areas of the country.
Posted by Craig at 6:29 AM No comments: 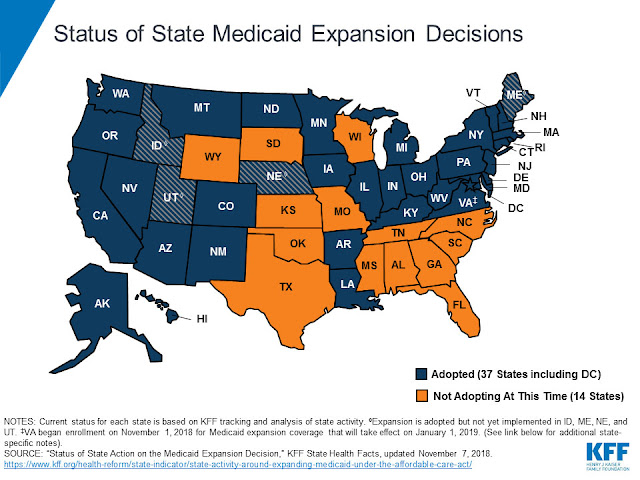 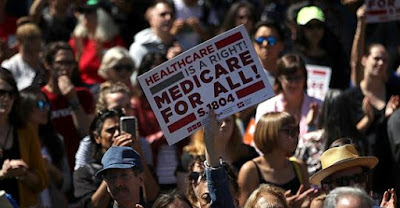 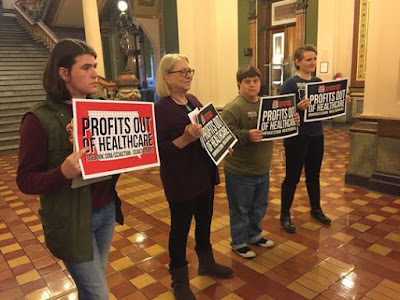 Opinion | Democrats, Don’t Procrastinate on America’s Health - The New York Times: If lawmakers hope to build on the Affordable Care Act and fix its flaws, they have to get to work now. 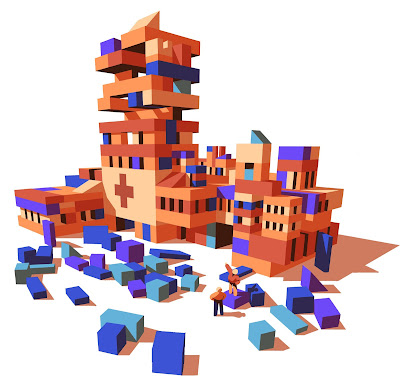 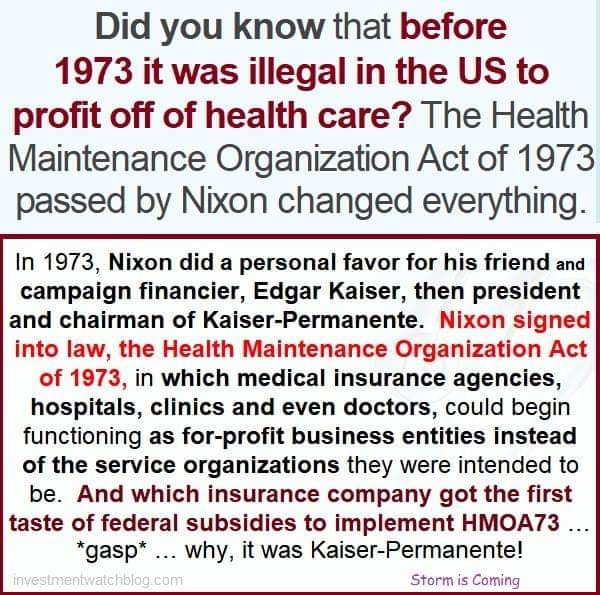 Doctors Are Fed Up With Being Turned Into Debt Collectors - Bloomberg

Doctors Are Fed Up With Being Turned Into Debt Collectors - Bloomberg: Physicians, hospitals and medical labs are grappling with the rise in high-deductible insurance 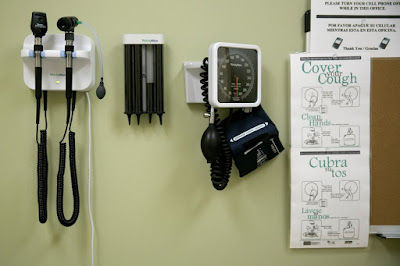 Single-payer health care is better than ObamaCare | TheHill: Single-payer is simply the most efficient and most humane way to cover everyone, including those with pre-existing conditions, which many people have through no fault of their own. 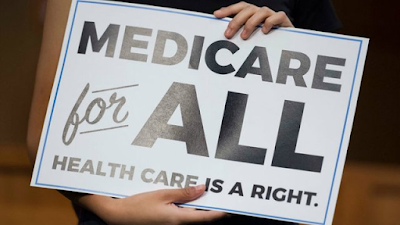 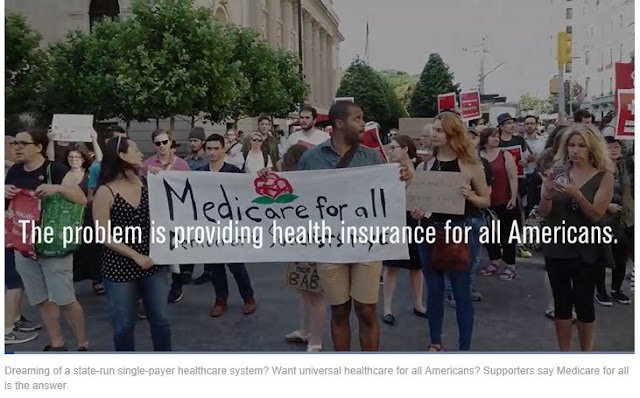 https://madison.com/wsj/news/local/health-med-fit/tony-evers-could-bring-significant-changes-to-health-care-in/article_9fdd169a-53ad-5aed-b564-89502536c369.html?utm_medium=social&utm_source=facebook&utm_campaign=user-share&fbclid=IwAR0ByvQlmlVj6mu2aYXIhr1roqeupi9hwOtI8PulK1H-yQqVbGMZpMOSn8I
Posted by Craig at 7:04 AM No comments: 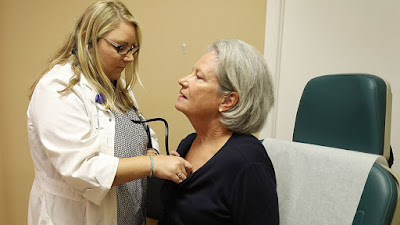 Obama's health insurance overhaul a winner in midterms: WASHINGTON (AP) — The personality looming over the 2018 midterms was President Donald Trump. The issue was health care, the top concern for voters as they decided how to cast their ballots. This week's election showed a nation increasingly — if belatedly — in step with former President Barack Obama's approach to it. Health care was the top issue for about one-fourth of voters, ahead of immigration and jobs and the economy, according to VoteCast, a nationwide survey of more than 115,000 voters and about 22,000 nonvoters conducted for The Associated Press by NORC at the University of Chicago.
Posted by Craig at 6:28 AM No comments:

Our Broken Healthcare System: How Scared Should We Be? | Medpage Today

Our Broken Healthcare System: How Scared Should We Be? | Medpage Today: Toxic political atmosphere, entrenched status quo discourage serious discussion
Posted by Craig at 7:35 AM No comments:

What’s the difference between Medicare-for-all and single-payer?

What’s the difference between Medicare-for-all and single-payer?: Across the country, catchphrases such as "single-payer" and "universal health care" are sweeping political races as Democrats tap into voter anger about GOP efforts to kill the Affordable Care Act. 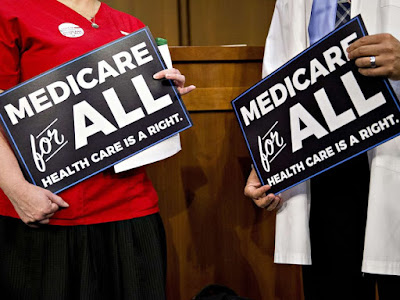 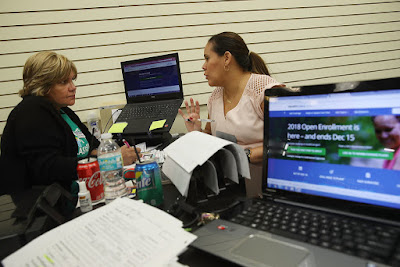 It's Not Just About Pre-Existing Conditions -- Medicaid Is On The Ballot Too | HuffPost: Health insurance for literally millions depends on what happens in the midterm elections.
Posted by Craig at 6:19 AM No comments: 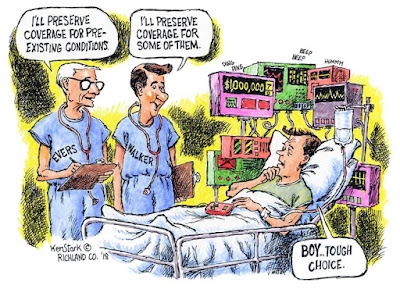 Insurance is Not Care

Health Insurance is Not Health Care
That is actually an Oxymoron.
​ 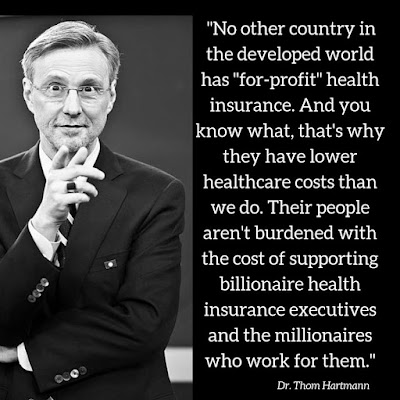 Opinion | A Voter’s Guide to Health Care - The New York Times: Get the facts before Election Day. 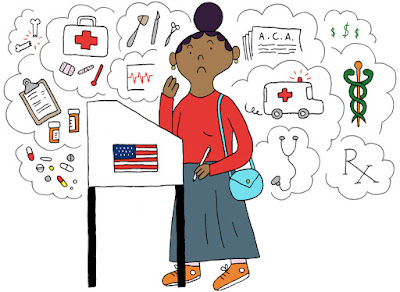