'Underinsured' population has doubled to 31 million

One-quarter of people with healthcare coverage are paying so much for deductibles and out-of-pocket expenses that they are considered underinsured, according to a new study.

An estimated 31 million insured people are not adequately protected against high medical costs, a figure that has doubled since 2003, according to the 2014 national health insurance survey by the Commonwealth Fund.

Rising deductibles — even under ObamaCare — are the biggest problem for most people who are considered underinsured, according to the 22-page report.

“The steady growth in the proliferation and size of deductibles threatens to increase underinsurance in the years ahead,” the report warns.

The data is an early warning sign for the Obama administration, which has promised that the millions of people who gained healthcare under the president’s law would have affordable access to healthcare.

The survey found that millions of people are paying into healthcare but are largely unable to reap the benefits.

People who purchase the lowest-quality health insurance are also less likely to see a doctor when they are ill or injured because they fear their high out-of-pocket costs.

“People who have high deductibles do tend to skimp on healthcare,” the study’s lead author, Sara Collins, told reporters.

When people do see a doctor, the costs accumulate quickly.

Half of underinsured adults and 41 percent of privately insured adults with deductibles of $1,000 or higher were paying off accumulated medical bills of $4,000 or more, the report found.

Still, the survey does not offer a clear picture on the workings of ObamaCare one year after its healthcare exchanges launched across the country. The data does not take into account people who lacked insurance before 2014.

“We’re unable to separately assess the effects of the law with these data,” Collins said. “What we’re seeing, though, in the data is ever-growing deductibles.”

The increase in deductibles comes even as the nation’s healthcare costs have flatlined overall, which the Obama administration has taken partial credit for.

The underinsured rate has flattened over the last several years, with the biggest increases in the underinsured population occurring between 2003 and 2010.

People are most likely to be underinsured if they are employed by a small business, the study found.

Consumers getting 'skinned' by health insurers 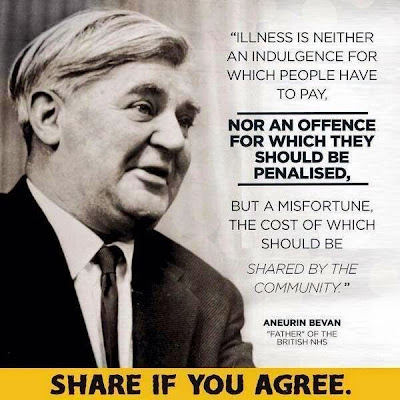 Let's KISS -- Medicare For All

The Trans-Pacific Partnership: A Threat To Global Health?

The Trans-Pacific Partnership: A Threat To Global Health?
Posted by Craig at 12:42 PM No comments:

The health care issue was one of the reasons she won by a landslide.  There is hope.
Posted by Craig at 5:06 AM No comments:

Insurers backed Obamacare, then undermined it. Now they're profiting from it | Center for Public Integrity

Insurers backed Obamacare, then undermined it. Now they're profiting from it | Center for Public Integrity
Posted by Craig at 5:58 AM No comments: